Hungry? You soon will be! Home to some of the finest farmers and growers in Europe, the quality of Ireland’s produce is well-known. Spring lambs graze on an abundance of fresh green grass, while oysters and other seafood inhabit the clear waters.

And while much of Irish life points to Dublin, it’s Cork in the country’s south that’s Ireland’s undisputed food capital. Maldron Hotel South Mall is perfectly located right at the heart of this abundance of flavour-filled city centre options. Whether it’s authentic Irish cuisine, street food inspired by Japan, or romantic candlelit dinners that get your mouth watering, Cork doesn’t disappoint. 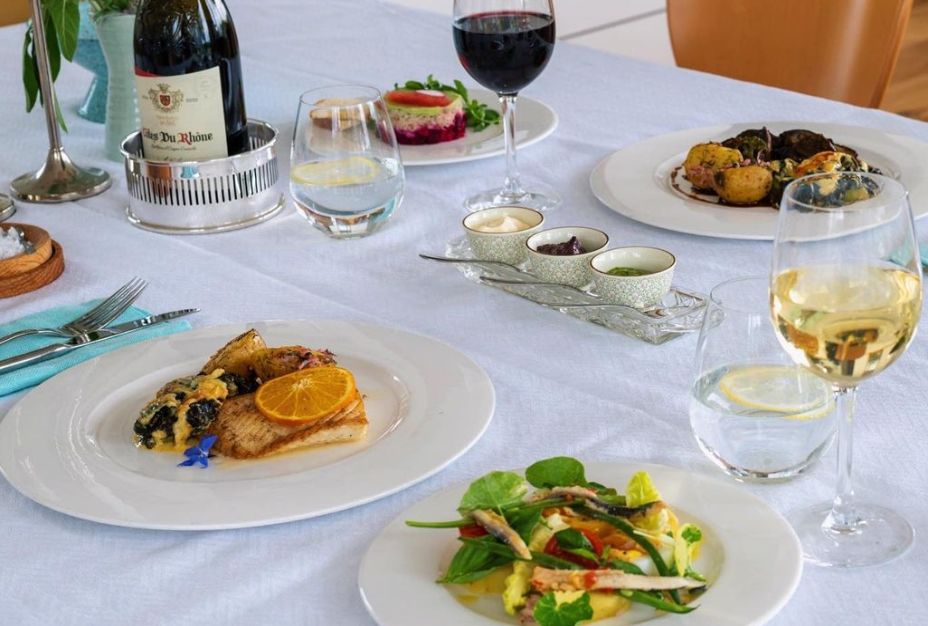 Okay, so we admit it. Our very own Grain & Grill Bar & Restaurant isn’t the only grill in town. Inspired by the food of New England, we can’t deny the exquisite range of dishes available at Liberty Grill.

Long recognised as one of the best restaurants in Cork city centre, Washington Street’s star turn has a menu which is complemented by its polished wood table tops and original cream-painted brickwork.

So, what can you expect? First off, there’s the very warm welcome. This is swiftly followed up by a choice of foods ranging from silver dollar pancakes for breakfast, crab cake brunches and lunch burgers, and slow-cooked meat and fish for evening sittings.

There’s also a good number of vegetarian and vegan dishes, so those diners won’t feel left out or forgotten about. What’s more, as much as possible is made using locally-sourced produce too. 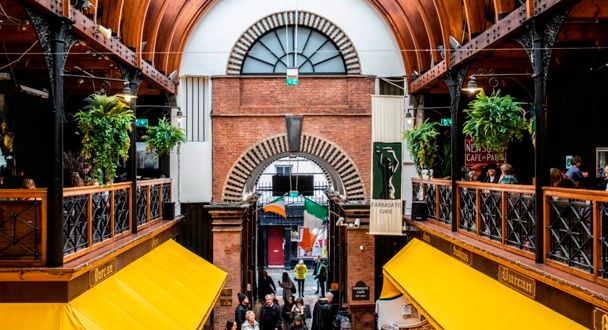 No foodie will want to miss Cork’s English Market which has been a hub for the best ingredients since it was first opened in 1788.

Welcoming everyone from chefs Rachel Allen and Rick Stein to Queen Elizabeth II, the market’s covered walkways are lined with long-standing stalls boasting a treasure trove of tasty morsels.

Being able to choose between fish laid out on marble tops 20 metres long and homely favourites such as drisheen (a local type of black pudding) makes the English market an excellent place to fill a basket with picnic goodies. But for something slightly more special, be sure to make your way to its mezzanine level.

Here you’ll find the family-run Farmgate Café, a restaurant in all but name. It has been singing the praises of Ireland’s produce for more than a generation. Divided between a formal dining room with table service and a more informal setting on bar stools overlooking the market’s traders, its daytime-only menu juggles this split personality equally well.

Working closely with traders and small market gardeners, diners are able to sample traditional dishes with a subtle contemporary twist, including Irish stew and fish pie freshly-prepared from the very best artisanal produce available that day.

For an evening take on all the English Market has to offer, head instead to Market Lane. Don’t be fooled by the name, since Market Lane is one of the top restaurants on Oliver Plunkett Street in Cork city centre.

It’s popularity with locals can mean there’s a bit of a wait for tables, but this gives you the time to enjoy the warm atmosphere at the bar, where you’re sure to get talking with other patrons over an aperitif or two.

A two-floor restaurant with a laidback bistro vibe, this multi-award-winning restaurant impresses on many levels. The menu sparkles with sandwiches, salads, and mains comprising the likes of 28-day matured beef sourced from a farm in Rosscarbery just an hour away.

Many of the vegetables are grown even closer to home, in the restaurant’s very own greenhouse. Meanwhile, beer-lovers won’t want to miss the chance to sample some of the in-house ales, brewed right next door.

Fittingly located on the historic French Church Street, a narrow pedestrian-only lane reached via Patrick Street, there’s no hiding the French-influence at Strasbourg Goose. Nor is there any point in hiding the fact this restaurant is one of the best places to eat in Cork city!

In short, this unpretentious pick is all about big-hitting flavours. Run for 25 years by husband-and-wife team John and Triona Kelleher, their classically-styled dishes pair prime Irish produce with Gallic flair. Among our favourites are the Cork coast mussels in a white wine sauce and the slow-roasted lamb shank served with a side of champ (mash potato with scallions) and root vegetables. 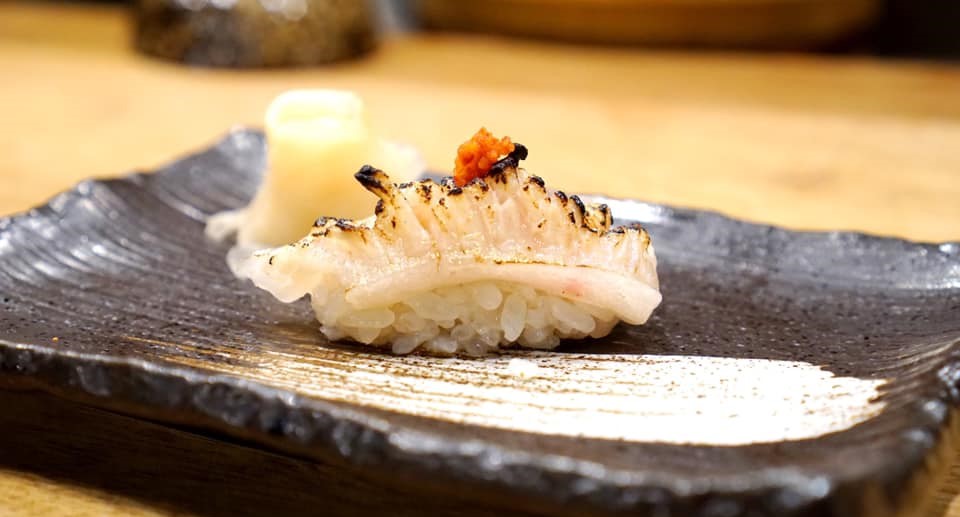 Cork’s food options don’t stop at Europe’s borders. Far from it! Strolling distance from the city’s Elizabeth Fort sits the rather ordinary exterior of a takeaway. But despite its humble frontage, Miyazaki is a takeaway like few others.

It is named after chef patron Takashi Miyazaki, who is one of Cork’s few chefs able to boast a Michelin star and a Chef of the Year trophy, which he won in 2015. He fell in love with the Emerald Isle (as well as a local Cork girl) and today combines authentic Japanese cuisine with Ireland’s celebrated ingredients.

A handful of stools exist for those looking to dine in, although the focus is very much on the food itself. Miyazaki’s signature dashi broth is much sought after, as are dishes that span Japan’s diversity of food traditions, from sushi rolls to donburi (rice with fish or meat and vegetables).

If you’re celebrating something special such as an anniversary or Valentine’s Day, you could instead turn your attention to Muyazaki’s other Cork restaurant, Ichigo Ichie. Celebrating Japan’s kappo (informal dining) cuisine, it’s here that Takashi won his Michelin star. 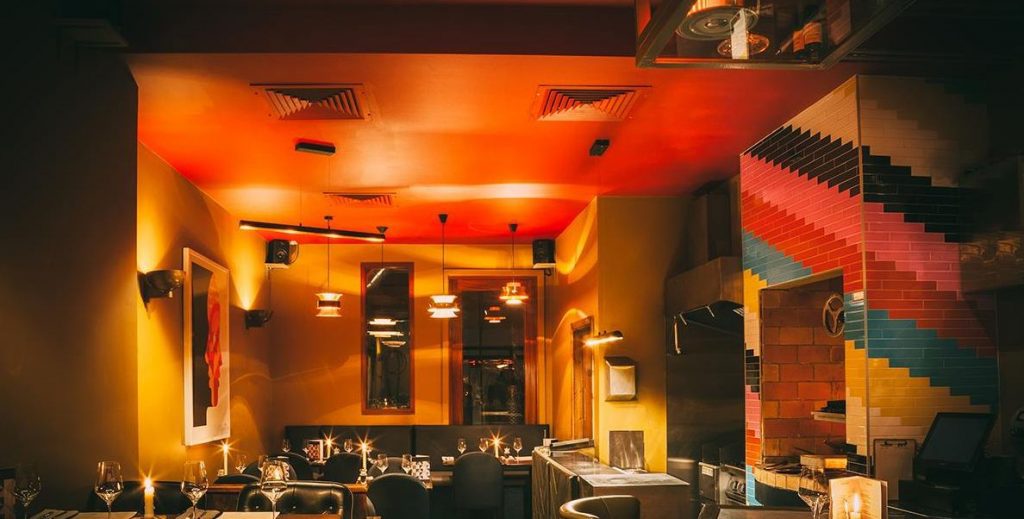 Those who hail the glories of the barbeque will find themselves richly rewarded at Elbow Lane Brew and Smoke House. The traditional style of the L-shaped dining room sets the tone, while the flames that lap from the open-kitchen’s huge wood-fired grill gives more than a hint at what the menu might hold.

Needless to say, the menu is relatively heavily meat-based, including slow-smoked pork ribs served alongside homemade smokehouse sauce and cooling coleslaw. However, there are a good range of fish dishes to consider too, such as the monkfish with lamb bacon.

Thanks to their smoky undertones, each match exceedingly well with the draught beers coming from the casks of the downstairs microbrewery. Just make sure you save a little space for desserts such as the malt chocolate mousse with toffee amaranth and tonka bean marshmallow, or the baked cheese with grilled rhubarb chutney and rye cracker. 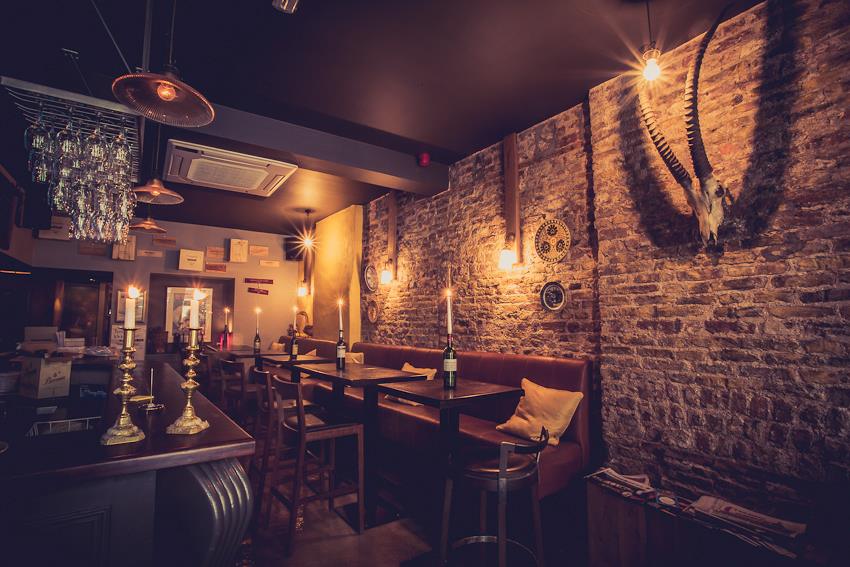 Another Cork institution on Oliver Plunkett Street is Jacques Restaurant, which has gone from strength to strength under the guiding hands and tastebuds of the Barry sisters.

It’s perhaps best known locally for its quick turnaround lunch menu including sandwiches famed for their enormous size. But if you’re on holiday and have longer to linger you’re never going to feel like you’re being rushed.

In addition, the evening a la carte and tapas menus are some of the most interesting around. Preparing solid, frill-free meals gives the kitchen staff here the opportunity to alter the menu on a daily basis, taking advantage of the freshest ingredients from Cork’s top suppliers.

One day that might mean Cork scallops with an almond and raisin salsa are front and centre, while on another it will be roast venison with a turnip gratin. 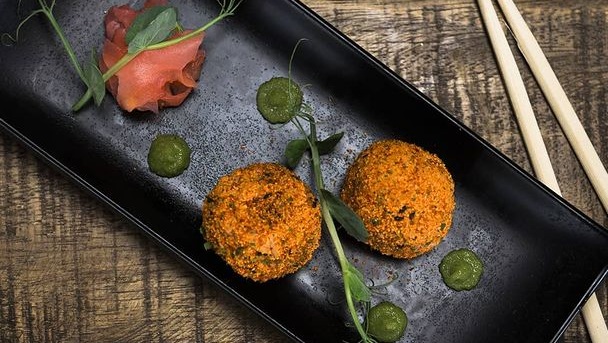 There’s both style and substance at Electric, occupying a beautifully converted art deco bank building just a short walk along South Mall from our front door. When it comes to eye-pleasing surrounds, the interiors of this classy establishment are only bettered by the stunning views of Saint Fin Barre Cathedral and River Lee. Both can be enjoyed from the masterful riverside deck and upper dining space.

Attracting a good mix of drinkers and diners, the atmosphere is always convivial. There’s also the added attraction of local DJs throwing out the latest mixes over the weekends. When it comes to deciding what to eat, there’s almost too much choice.

Carnivores should keep an eye out for the Wagyu beef fillet, served with wild mushroom and Asian fried greens, while aficionados of Taiwanese and Chinese cuisine probably won’t get much beyond the pick of Bao Buns or steamed gyoza, which come stuffed with chicken, duck or mixed veg.

Your Base For The Best Restaurants in Cork

Cork rightly lays claim to being the food capital of Ireland. Nice restaurants in Cork certainly aren’t hard to come by, and needn’t break the bank either.

Given the wide range of meals on offer, you’re going to need an excellently located base for your food explorations. Maldron Hotel South Mall Cork City is ideally placed right at the heart of the lively food scene. So why not check out our modern and super comfortable rooms for yourself?

Enter your details below to hear about our exclusive offers and sales.

Thank you for signing up to our newsletter.

There has been an error and you have not been signed up to the newsletter. Please try again. If the problem persists, please contact us.